I am a Linux enthusiast.

Remove the title bar to get more screen space (like in Chrome). 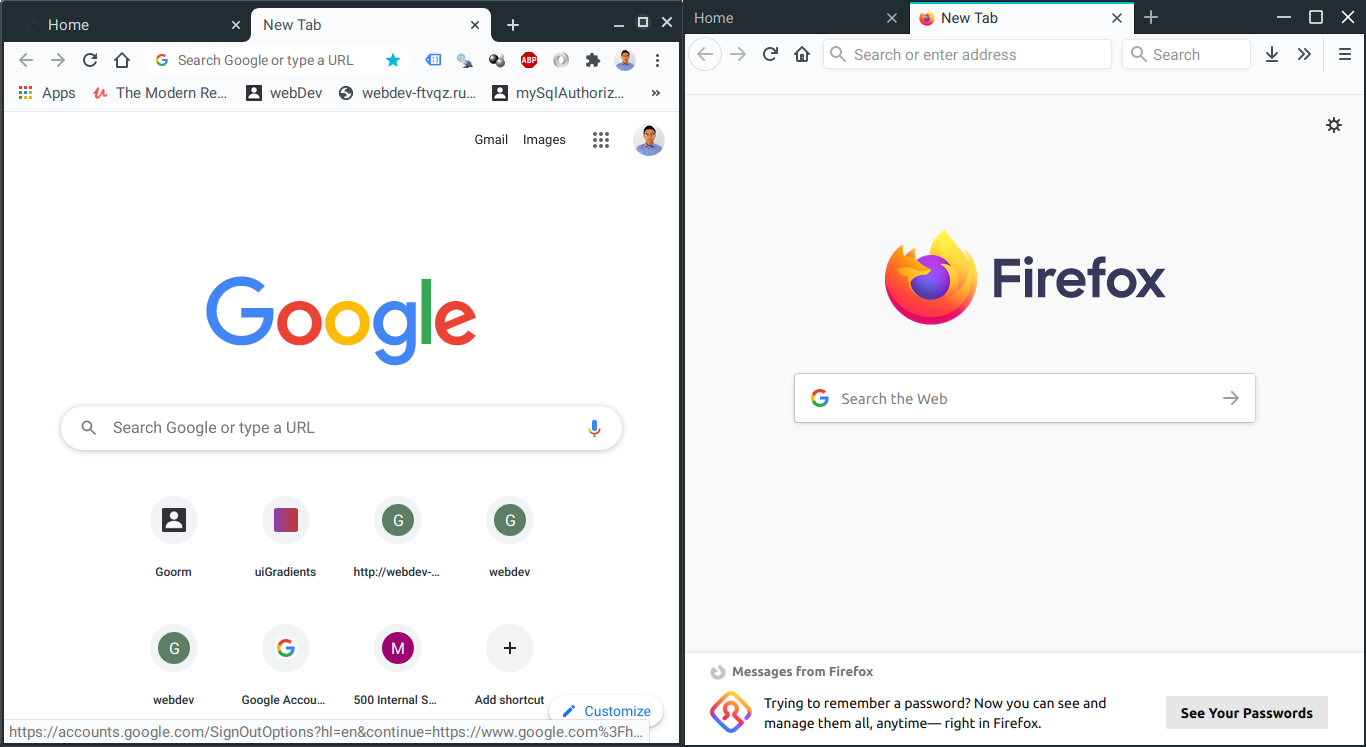 At the very end of rc.xmlfile, above the line </openbox_config>, add these three lines in application category:

2. Deal with the lack of Minimize/ Maximize and Close

After remove the title bar drawn by Openbox, the Minimize/ Maximize and Close button will also be lost. Following is my two solutions:

Install these three add-on to have these functional buttons:

The look is awesome.

The feel when use the main windows is not differrent than Chrome. However, other windows such as “Download”, “History”, “Bookmark”… still do not have minimize/ maximize or close button at the conner of the window, I have to use Ctrl + F4 to close them off.

Also, I lost the ability to double click to the title bar (of course) to minimize or restore window. I have to mention this because in Chrome I still can do the action.

Sometimes not having a title bar is very inconvenient so I have added a shortcut key of Window + Bto make it appear whenever I want - by adding these line to my rc.xml file:

You can use xprop to find a suitable way to refer to windows. Open a terminal and the window of interest so that both are visible. In the terminal, run

Your mouse cursor changes appearance into crosshairs. Move the cursor over to the window of interest and click within that window. The cursor reverts to its regular appearance and output appears in the terminal window. For example, suppose you clicked on a Firefox browser window, you’d see:

You then use the appropriate string in your application rule. (Note that you can use xprop to also identify dialog windows to ensure that rules do or don’t apply to them.)

to have all browsers open maximized and without decoration.

The other precaution to take is that the code is located appropriately. In other words, these lines should be in the “applications” section of rc.xml and should be within and above the final line which should contain just </openbox_config>.

You may also enjoy

I want to experiment a bit with other terminal emulator as I have always used Terminator.

Make the Ctrl+Shift shortcut for iBus to switch input

Environment (KDE, Gnome, XFCE…): the look and feel of a Linux